The Munich-based display expert celebrates its company anniversary in July

In an ever more interconnected world, displays are the most important interface for interaction, exchange and the operation of various applications. In this context, display technologies and the requirements for individual complete solutions are continuing to develop at a rapid pace. In 1972, the year of its foundation, DATA MODUL AG specialised in electro mechanics, but already in the early years recognised the potential of display technologies as a future market and positioned itself early on as a pioneer and competent partner for complex high-level display and system solutions. Today, DATA MODUL AG is one of the world’s leading specialist providers of display, touch, embedded, signage, monitor and panel PC solutions and is celebrating its 50th anniversary this year. 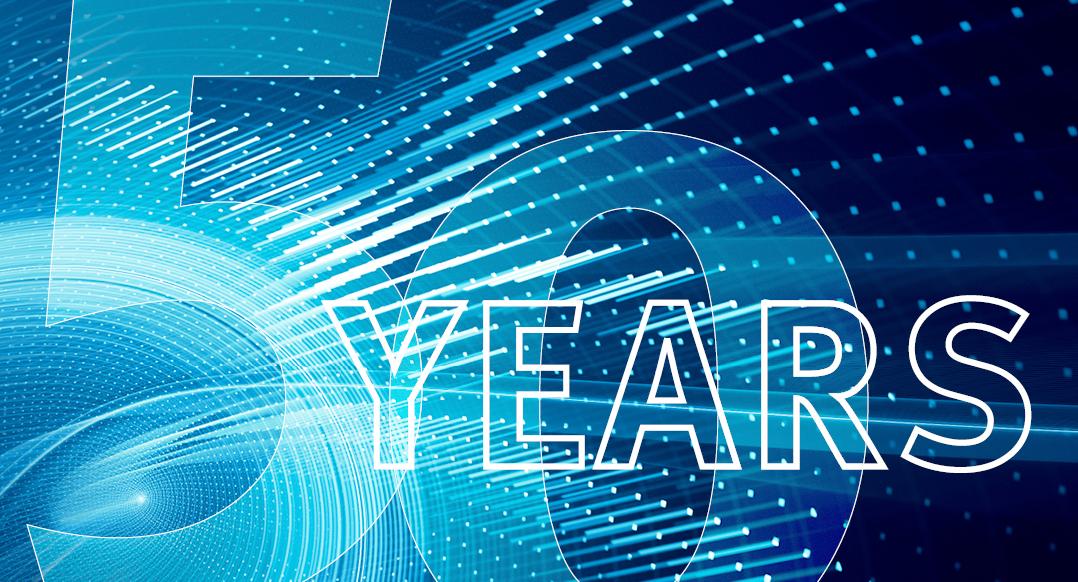 A passionate pursuit of progress

“DATA MODUL's company history is characterised by steady growth, continuous development and the passionate pursuit of progress. In addition to our first-class employees, our success factors have always included our innovative strength, flexibility and long-term business strategies. Thanks to our sophisticated product portfolio and services together with 50 years of experience in the electronics industry, we are confident that DATA MODUL AG faces a successful future and will continue its positive development,”

In 1972, Walter Eichner founded the company with 20,000 Deutsche Marks in equity capital and initially focused on electromechanical switches and components for his distribution business. Gradually, he added other product categories such as printers, scanners, cash register systems and LCD displays. Together with Peter Hecktor, who joined the company in 1976 and became Co-Managing Director of DATA MODUL, Walter Eichner laid the foundation for the company’s current financial stability and success. The sole proprietorship very soon developed into an established medium-sized company with a broad distribution product portfolio of displays.

The company’s initial public offering in 1988 was followed by a stronger international orientation and the addressing of global markets. The product portfolio now included displays and the associated system peripherals as well as electro mechanics, crystals and semiconductor sales. In 1994, the company was certified according to DIN EN ISO 9001, which stands for the continuous improvement of processes, products and services. The acquisition of DATAMEGA in 1997 added the distribution of printers, cash register systems and monitors to the existing portfolio. The founding of DATA MODUL Inc. in Hauppauge, New York and the associated expansion into the US market constituted another important step in the company's internationalisation.

In 1998, this was followed by the acquisition of CONRAC GmbH in Weikersheim, which back then mainly produced display solutions for the digital signage sector. In the course of this, the warehouse was also relocated to Weikersheim. In the following years, DATA MODUL AG succeeded in continuously expanding its product portfolio and its expertise in the field of large-format LCD and TFT displays for industrial and information displays as well as in meeting the growing market requirements. In 2008, DATA MODUL AG started producing its own PCAP touch modules - a first important milestone in the company’s history for successfully establishing itself as a provider of state-of-the-art touch solutions. This was followed by implementing optical bonding in the company’s own production processes in 2011, which set new standards in terms of the quality, presentation and durability of the offered displays. In the years to come, DATA MODUL then continuously supplemented its own bonding competencies with further bonding technologies and thus developed into the leading provider of high-quality touch products. In 2012, production was expanded to include the LOCA process. Following the commissioning of several LOCA machines, the OCA process was also introduced at DATA MODUL for the first time in 2016. In 2019, the range of bonding processes was expanded to include hybrid bonding which combines the LOCA and OCA processes. In 2021, the gel bonding process was implemented adding the final touch to in-house bonding service spectrum of DATA MODUL AG.

In the years from 1997 to 2022, more than 20 research, production and sales locations were established in Europe, Asia and the USA. Thanks to the company's constant growth and a sustainable expansion strategy, around 500 employees worldwide are now working on the visual solutions of today and tomorrow.

For DATA MODUL, customers and their individual requirements are always top priority. That is why the Munich-based company dedicated itself to the production of customised special solutions in the field of industrial display systems at an early stage. With its modular product concept, DATA MODUL AG combines all of the company’s Technology Sectors within one system. Components from the fields of display, touch, embedded, system and housing technology can be combined and adapted as required. In addition, individual solutions suitable for a broad user market are not only developed for the areas of hardware and mechanics but also for the field of application software. The proprietary software products “maXcs” and “easyANALYZER”, for example, support the commissioning and use of modern hardware components. In addition, there is the possibility of developing customised application software tailored to the respective area of application.

Technology of the future

Today’s industry and society are undergoing profound changes with regard to the operation of modern machines, applications and products. Usability engineering which is the user-oriented design of devices and their design, is more and more in the focus of customers and users.
Intuitive and uncomplicated operation, such as with smartphones and tablets, is also considered a decisive factor in the industrial environment. The demand for modern HMI units is constantly growing and the individual requirements for their components are becoming increasingly complex.
As a leading provider in the field of modern display technologies for industry, DATA MODUL has geared its product and service portfolio to both current and future fields of application. Thus, the products of DATA MODUL AG are successfully used in a wide range of different applications and markets, such as medicine, industrial automation, the automotive industry as well as in mechanical engineering and in the areas of digital signage and eMobility. And innovative display solutions can also be found in building technology, in household and end-customer devices as well as in infotainment systems.
With its particularly extensive and sophisticated portfolio as well as state-of-the-art research and production sites, the company stands for innovative strength, excellent quality, high-performance products and sustainable growth today and in future. An open corporate culture, responsible management and trusting, long-term relationships with customers, suppliers, employees and shareholders make DATA MODUL AG a reliable and competent partner for modern display solutions - with more than 50 years of experience.

More information on our landing page

Immediately the latest message on your screen: With our RSS feed you will not miss any news. Simply copy the link and paste it into the RSS reader of your choice.

For any questions, please feel free to contact us.
Please fill in the form and hit submit. If desired, we will get in touch with you within the next few days. Your contact data will be kept confidential.